Prescription drugs help many people cope with disease and medical conditions but certain drugs have severe reactions that may lead to permanent injuries or death.

Short term, long term and permanent disabilities or death can occur from prescription drugs or medical devices prescribed by doctors.  These dangerous side effects might be rare and not accounted for by the manufacturer or it could be an error by your doctor who prescribed it to you.  On average 4,500 drugs and medical devices are taken out of circulation in any given year.  If a prescribed medication or medical device is making you sick or your condition is getting worse, then it might be time to talk to a personal injury lawyer to see if there is a record of injuries related to that drug or device.

The Molina Law Firm has been representing injured victims for over 30 years helping them navigate the sometimes complex legal fight against the doctor’s insurance companies and drug manufacturers.  Remember that when you retain Attorney Rick Molina, you pay nothing up front and we only collect a percentage of the compensation you receive only when we have won your case.  Don’t go against the insurance carriers alone.  Attorney Rick Molina will aggressively represent you and fight on your behalf.  We have the knowledge, resources and experience to get you all the compensation for your loss, pain and suffering.

We are here are ready to help.  If you have been negatively impacted by taking a prescription drug or medical device, contact us for a free case evaluation.

What kind of damages can a bad drug or medical device lawsuit recover?

Bad drugs, misdiagnosed prescriptions and defective medical devices can cause a variety of problems.  If you have been injured, you can seek damages for:

The criminal fine was $1.3 billion, and the additional $1 billion was for civil allegations under the False Claims Act. Pfizer falsely promoted Bextra, antipsychotic drug Geodon, antibiotic Zyvox, and antiepileptic Lyrica. The company was also accused of paying kickbacks related to these drugs and submitting false claims to government health care programs based on uses that weren’t medically accepted.

Bextra was pulled from the market in 2005 after it was deemed unsafe.

GlaxoSmithKline holds the distinction of being forced to pay the largest health care fraud settlement in U.S. history. The criminal fine was $956,814,400 with a forfeiture of $43,185,600. $2 billion was paid to resolve civil liabilities under the False Claims Act.

The penalties are related to deceptive marketing, including off-label promotion and kickbacks, and failure to report safety data.

GSK agreed to pay based on:

In the early 2000s, Risperdal was approved to treat schizophrenia. However, the company’s sales representatives were promoting the drug to physicians as a treatment for elderly dementia patients for anxiety, agitation, depression, hostility, and confusion. There were also allegations that Risperdal was marketed for other unapproved uses, such as prescription to children and individuals with mental disabilities.

Invega and Natrecor were also included in these lawsuits as having been illegally marketed for off-label and unapproved uses.

Criminal fines in this action were $700 million and civil settlements were $800 million. Abbott promoted Depakote as a drug to control agitation and aggression in elderly dementia patients, and for schizophrenia. The FDA hadn’t approved the drug for either of these uses. For 8 years, the manufacturer marketed Depakote for this purpose in nursing homes, even though there wasn’t any evidence that the drug was safe and effective when used that way.

In fact, the FDA had approved Depakote for epileptic seizures, bipolar mania, and migraine treatment. The manufacturer had actually discontinued clinical trials of Depakote for dementia treatment in 1999 because of adverse events, yet they still continued to market it publicly.

Eli Lilly promoted antipsychotic drug Zyprexa for uses outside the FDA’s approval, which resulted in criminal fines of $515 million and civil settlements of $800 million.

However, Eli Lilly was marketing Zyprexa to primary care physicians even though it wasn’t a drug intended for the primary care market. As a result, physicians were prescribing it for patients of all ages for anxiety, irritability, depression, nausea, Alzheimer’s, and other issues. 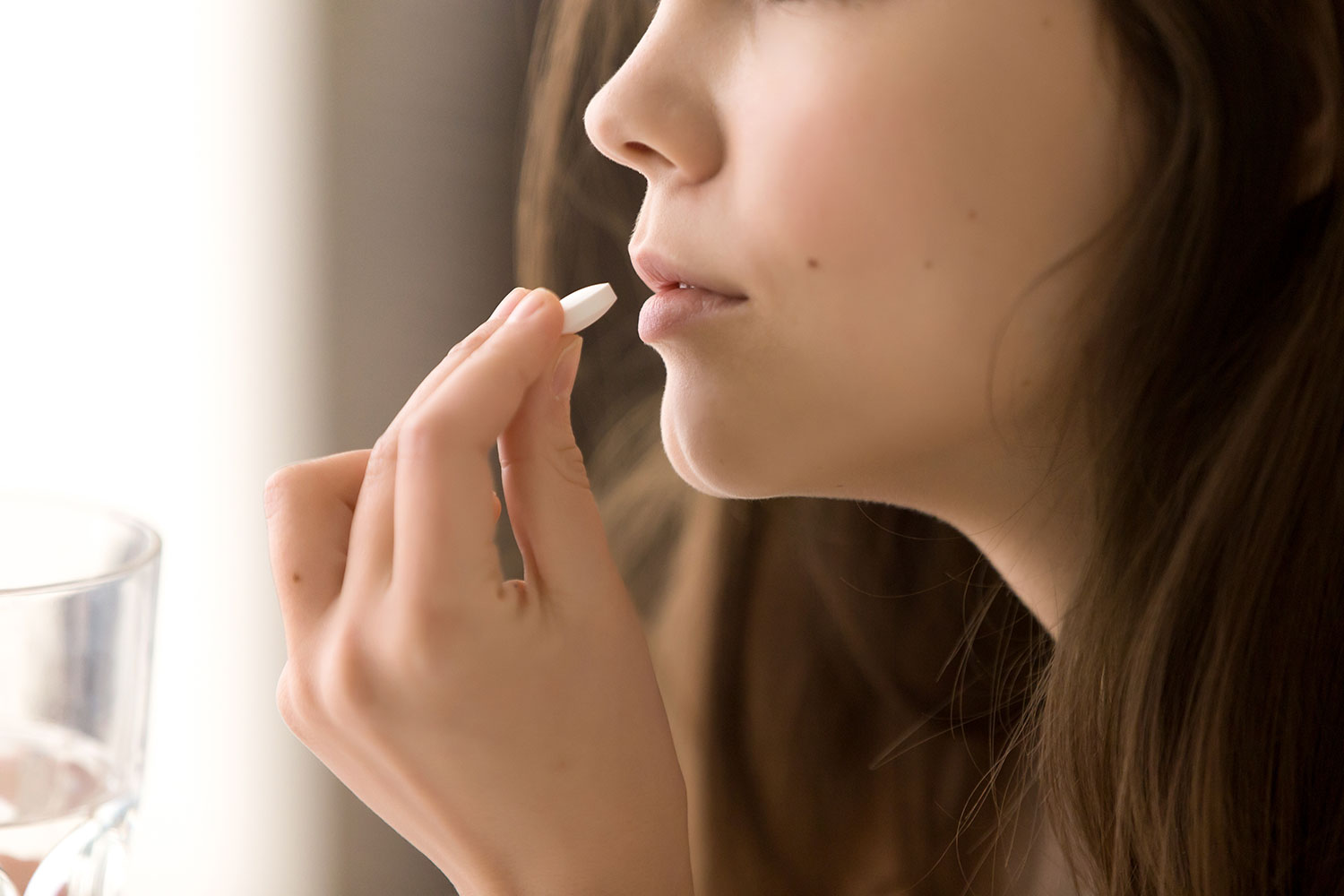 The U.S. Food and Drug Administration (FDA) reports that there are over 1.6 million prescription drug incidents resulting in injuries annually.  Although a new drug must pass three rounds of testing among many other hurdles, some serious side effects do not show up until the drug has been approved and is being used by millions.  A 2017 study by the Journal of the American Medical Association found that nearly 1/3 of prescription drugs approved by the FDS from 2001 to 2010 had side effects that were initially unidentified during trials and not seen until they hit the market.

We are here are ready to help.  If you have been injured from using prescription medications or medical devices, contact us for a free case evaluation.

Can I even file a lawsuit?

To file a lawsuit over a defective drug or medical device, you have to have suffered an injury from it. This usually involves the product causing a serious medical complication or physical injury. It may mean you had to be hospitalized or have surgery because of the product. You may also have a case if the drug or device caused a family member’s death or disability.  Most times, certain drugs and medical devices already has a track record of injuries and may have a resolution already in place.

Can I Sue Even if the FDA Approved a Drug?

Even if their product gains approval from the U.S. Food and Drug Administration (FDA), drug manufacturers still face restrictions on how they can promote their products and what specific warnings they have to provide to patients who use them.

The U.S. Supreme Court ruled in 2009 that FDA approval is merely the minimum standard to bring a new drug to market. Under the ruling, companies are still responsible for deciding if additional warnings or other measures are needed to protect patients who use their products. If the company fails to provide those safeguards and you are injured, you may be able to sue.

Is there a statute of limitations or time limits to filing a lawsuit?

There is a time limit to file lawsuit, and different states have different laws determining when the time limit begins and ends. For instance, it may begin when the injury actually happened, or it may start running when you first became aware of the injury, such as a diagnosis. A lawyer can help you understand if you have missed the deadline to file.

It is important to file a lawsuit as soon as possible. Waiting until the last few months or weeks can lead to unforeseen complications that may prevent your lawsuit from meeting the deadline.

The time limit to file is called the “statute of limitations” and it varies from state to state.

If you have been adversely affected from using prescription medications or medical devices, the injuries can be significant and long lasting or permanent.  It is important that you hire an experienced personal injury attorney to represent you so that they can determine how much you have lost and get you compensated properly.  Attorney Rick Molina and the Molina Law Firm is here to help.  We will aggressively represent you by thoroughly investigating the case, gathering all pertinent information, determining present and future pain, suffering and loss then maximizing your compensation.

We work on a contingency basis so you pay us nothing up front and a percentage when we win your case.  We have helped hundreds of people over the past 30 years to get back on their feet after serious injuries and we can help you! 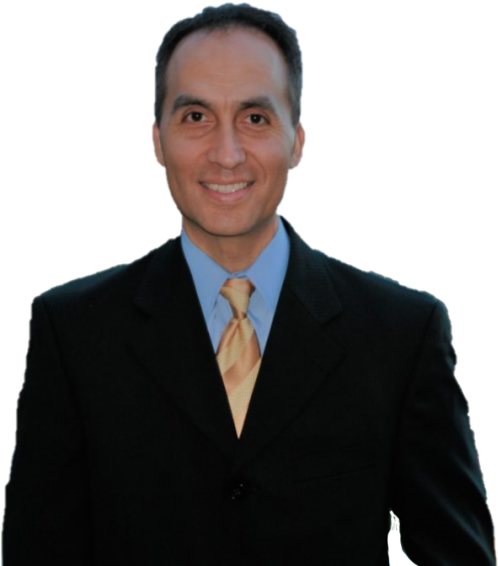